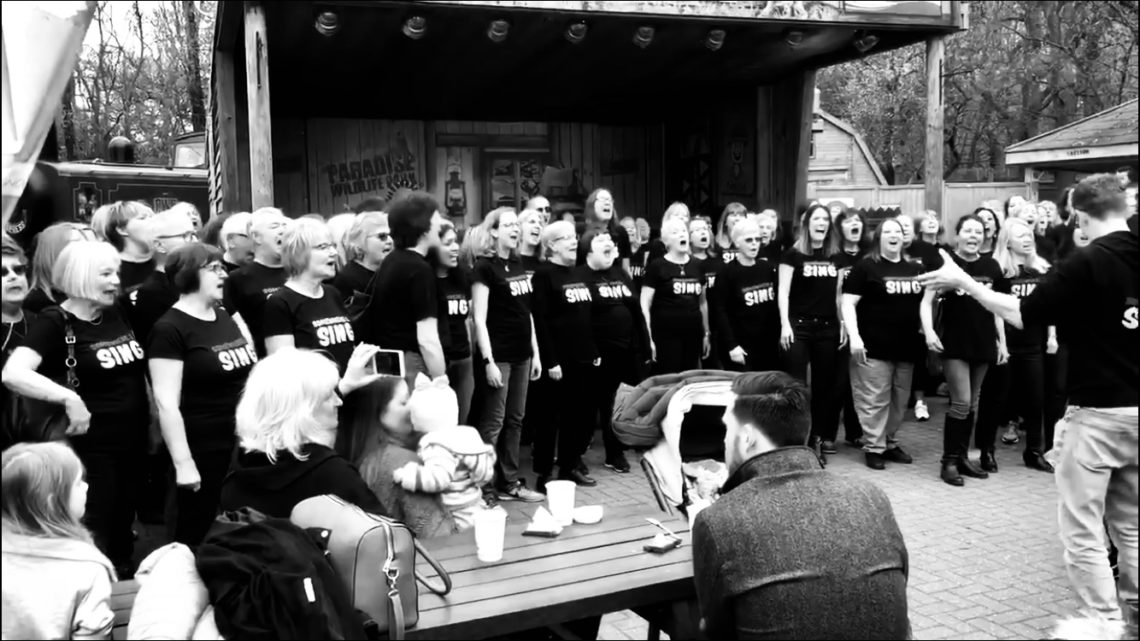 Under the direction of Duncan Rutherford, members from several Hertfordshire groups met incognito at the Broxbourne site, nervously waiting in the wind for a signal to begin. Although a little chilly, the local singers were determined to put on a heart-warming performance.

The music began suddenly and whilst still in their coats, the choir raised their voices to the sky, filling the air with Zulu chanting from the popular Disney classic. Once the branded T-shirts had been revealed and the choir had assembled together at one end of the arena, the real power of these impressive amateur voices came together. After the last note and once the rapturous applause had subsided, the singers simply put their coats back on and disappeared into the crowd as if nothing had happened.

“The public were genuinely shocked” explained one of the singers, “There were a couple next to me who stood open-mouthed the whole time.”

Choirmaster Duncan added “All of our members are just people who love singing. They just turn up, having little or no experience at all but it just shows you what you can achieve when you bring like-minded people together” 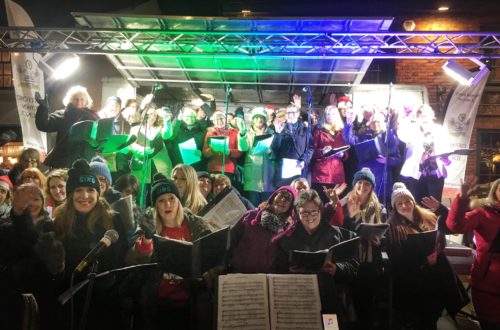 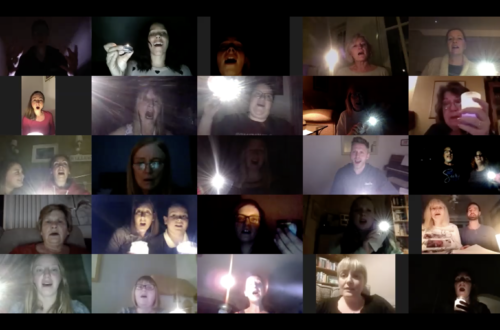 THE LAUNCH OF THE VIRTUAL CHOIR 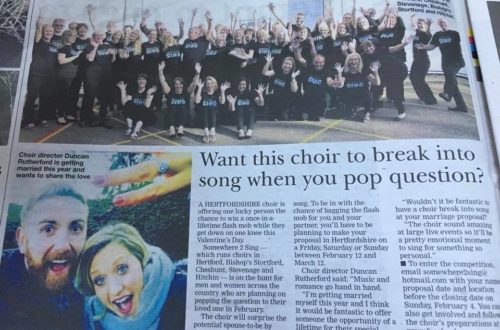